Working out the length of time couples need the marriage celebrant, in order to perform their wedding, needs a little bit of background information about the work of the celebrant. Whether the wedding is to be a simple legal one with just two witnesses or a larger event with many guests, the celebrant’s work can roughly be organised into three stages – before the marriage, at the wedding and after the marriage ceremony. 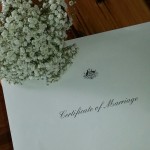 Most celebrants are happy to meet couples on a friendly, get to know you basis, while they are making up their minds about which celebrant to choose. This usually takes between 30 minutes to an hour and the celebrant does not charge for this.

Once the celebrant has been decided upon, there will be a meeting to fill out the Notice of Intended Marriage (NOIM), usually with the celebrant witnessing this document. The celebrant will explain the steps involved in the marriage process, explain and provide the couple with the document ‘Happily Ever Before and After’, gather information from the bride and groom about the sort of ceremony they want and jointly begin planning a personalised ceremony which will be written by the celebrant.  This meeting will take about an hour. (1.0 hour)

Between this meeting and the marriage, the celebrant will prepare a draft ceremony using the information provided by the couple. Poetry, symbols and rituals may be sourced to include in the ceremony. This draft will be sent back and forth by email until everyone is happy. A highly personalised ceremony could take between 2 and 4 hours to prepare and redraft. A simple legal ceremony is only personalised as far as the names and would take less than an hour. (1.0 to 4.0 hours).

A rehearsal before the wedding is a great idea so that everyone knows where to stand, how the entry and exit will proceed, dealing with the rings and any special rituals.  The sound systems can be checked and the couple can sign their last form prior to the marriage – the Declaration of No Impediment. Rehearsals and organisation usually take about an hour. (1.0 hour)

The celebrant prepares all the forms for signature. Unlike the NOIM which is often done by hand, most other forms are prepared on computer by the celebrant. This includes the Declaration of No Impediment and the Marriage Certificates. The commemorative marriage certificate is word processed with a fancy font or done by hand with calligraphy.  These forms are checked many times against the initial NOIM. This background work takes about one or two hours (1.00 to 2.00 hours).

Additional time is taken if supporting letters have to be written by the celebrant, such as letters stating that a couple is planning to marry (for visa applications) or letters in support of an application for ‘Shortening of Time’. (0.5 to 1.00 hour)

A simple legal ceremony with two witnesses will take about half an hour. For a standard wedding, the celebrant will arrive at least half an hour early to set up the PA and ensure everything is ready. The marriage ceremony, including the signing of documents can take up to an hour. Packing up and some photos with the wedding party will be another half an hour. (0.5 to 2.00 hours). 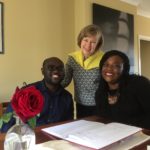 After the Marriage Ceremony

The celebrant’s legal responsibility after the wedding is to check all documents once again and the forward all forms to the relevant department of Births Deaths and Marriages. Celebrants often like to send these by registered mail or deliver the documents in person. (0.5 to 1 hour).

States like NSW have on line systems where the celebrant can enter and generate the appropriate forms and documents. Provided there are no glitches with the system, the length of time the celebrant will need is roughly the same as it takes to process the forms manually.

As you can see from the descriptions above, the tasks the professional celebrant must do will take at least three hours for a simple legal ceremony and over five hours for a standard wedding. Travel time has not been factored in. It is interesting that while people may see a celebrant standing out the front for 20 minutes at a marriage ceremony, the actual time it takes for the legal wedding to go off without a hitch is much longer. 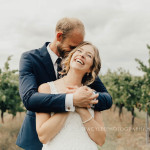