Marriage equality is coming closer. Politicians know that most reasonable Australians want marriage to be legally available to gay and lesbian couples as well as heterosexual couples. Last weekend the Prime Minister Malcom Turnbull attended the Sydney Mardi Gras and marriage celebrants declared their support for a change in the law by marching in the parade.

In the ACT it is possible to enter to a civil union which has similar legal standing as a marriage. This is an option for couples until marriage equality becomes law. The process is much the same – couples must lodge their intention to enter into a civil union with the authorised civil union celebrant at least one month prior to the civil union and the celebrant then ensures the civil union forms are registered with Births Deaths and Marriages once the ceremony has taken place. One person must be an ACT resident and the civil union must occur in the ACT

A list of celebrants authorised to conduct civil unions is available the ACT Department of Births Deaths and Marriages.

Give me a call if you are interested in or have any questions about a civil union. 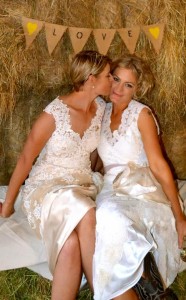